Vice President of the Management Board of Bank Gospodarki Krajowego

Włodzimierz Kocon has been involved in investment activities and the real estate market for over 20 years. He gained experience in managerial positions at PwC, Von der Heyden Group, APP Polska and Gerald Eve International. In the years 2007-2013 he was the director of the Real Estate Office at PZU Asset Management / TFI PZU and was responsible, inter alia, for real estate investments.

At an earlier stage in his career - as he himself says - "he liquidated the Censorship". In 2001-2003 he managed the construction project of a new office building on the site of the former Censorship building at Mysia Street in Warsaw. He is also a licensed real estate broker. Before taking up the position of vice-president of BGK, he was an independent real estate advisor.

In 2013 he worked at Bank Gospodarstwa Krajowego co-creating the concept of the Rental Housing Fund. He was one of the authors of the investment strategy of BGK Nieruchomości (asset manager of the above mentioned investment fund). He was also responsible for its implementation as the president of the management board. In 2016 he returned to BGK and was appointed the Vice-President of the management board. He was responsible for the Subcontracted activity division, including housing programs. Since 2020 he has been managing sale of goods division. He is the vice-chairman of the Investment Committee of the Local Government Investments Fund FIZAN (managed by PFR).

In the bank's strategy for 2021-2025 he supervises the development of the business model implemented in 2020. The business model was created in response to market challenges and needs, combined with the mission and role of BGK as a development bank. Additionally, together with Tomasz Robaczyński, co–member of the board, he manages the strategy business pillar of Social commitment.

He inspires others to commitment and activity with his own example. Young people participating in educational programs (including Bankowe Horyzonty) are introduced to the subject of finance and banking. He teaches children from a Children`s Home how to ski. He also trained volleyball players (the lowest coaching rank).

He gets involved in the work to simplify language in the bank, sees great benefits from simplifying the language in everyday communication and above all – with clients. In January 2020, on behalf of BGK, he signed the declaration to simplify the formal language. In October of the same year he signed the declaration of the banks on communicative language standards prepared by the Polish Bank Association.

Passionate for sports, especially volleyball and skiing but also one-track vehicles. He has ridden on a motorbike across almost all of the Three Seas countries and across Belarus. 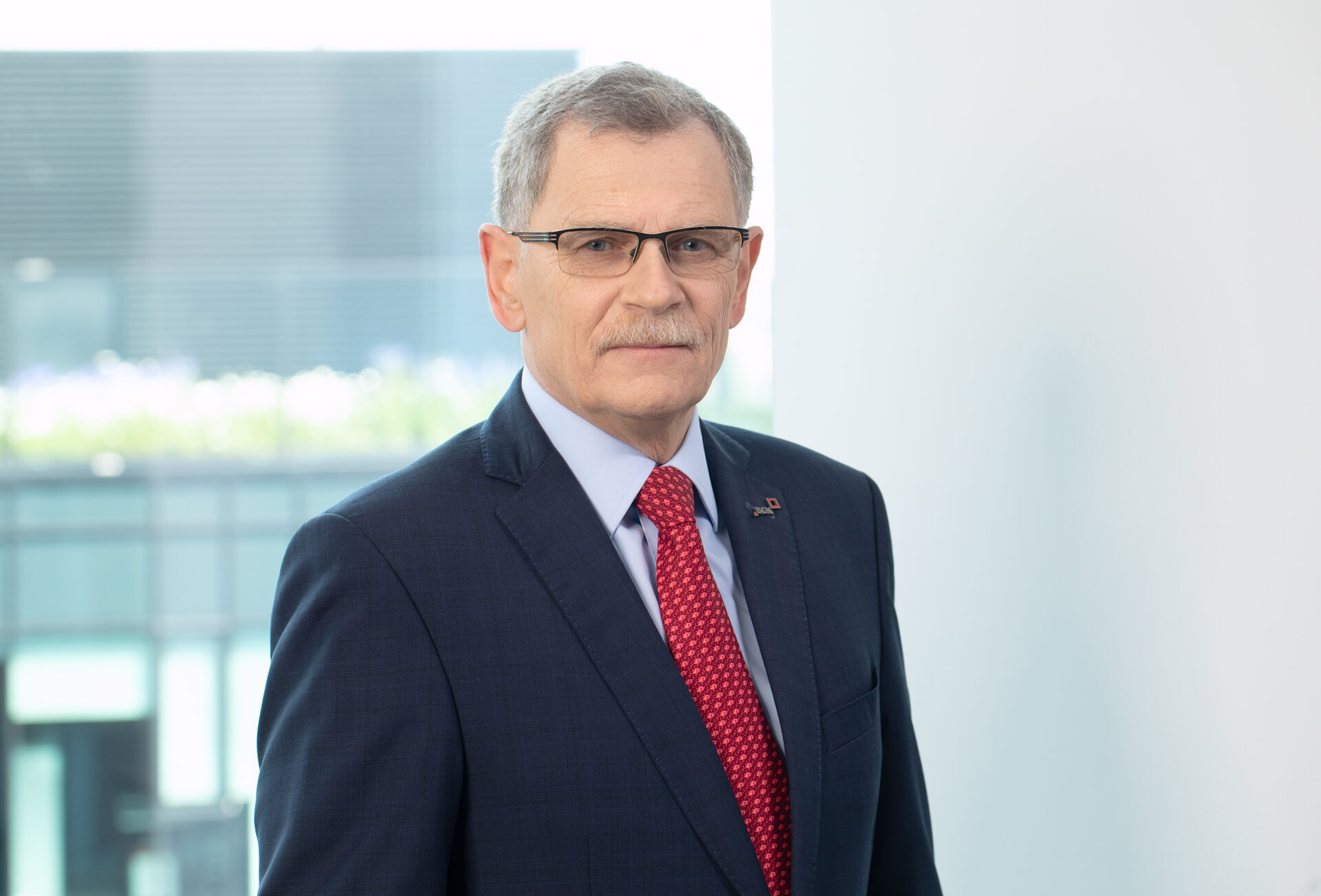