As European Commissioner for Health and Food Safety, Stella Kyriakides has been leading the Commission’s work on the public health response to COVID-19.

Commissioner Kyriakides is responsible for a number of initiatives in the area of health aiming to establish a strong European Health Union. These include Europe’s Beating Cancer Plan, the implementation of the EU Pharmaceutical Strategy, the proposal for a European Health Data Space and the operationalisation of the EU4Health Programme. She is a strong advocate for mental health.

Commissioner Kyriakides is also responsible for the ‘Farm to Fork’ strategy for sustainable food, covering every step in the transformation of the food chain from production to consumption. Her responsibilities include animal welfare, food safety and animal health as well as leading the work to protect plant health and reducing dependency on pesticides.

Since February 2022, Commissioner Kyriakides has been at the forefront of EU efforts to support Ukraine and its people in the area of health, including by supporting the protection of the physical and mental health of Ukrainian refugees arriving in Member States.

In 2006-2019, she was elected to the Cyprus Parliament for the Democratic Rally party, of which she was the Vice-President for ten years.

In 2011, she was appointed Head of the Cyprus Delegation to the Parliamentary Assembly of the Council of Europe (PACE).

In 2017, she was elected President of the PACE, the fourth woman to hold this position in the history of the Assembly.

She has been an active advocate on patients rights, and on the rights of cancer patients, founding the first Cypriot breast cancer organisation Europa Donna Cyprus, for which she served as President for over 15 years. She was elected President to the European Breast Cancer Coalition Europa Donna, and served on numerous European patient advocacy and scientific boards.

She is the recipient of numerous awards from her community service in Cyprus and globally. 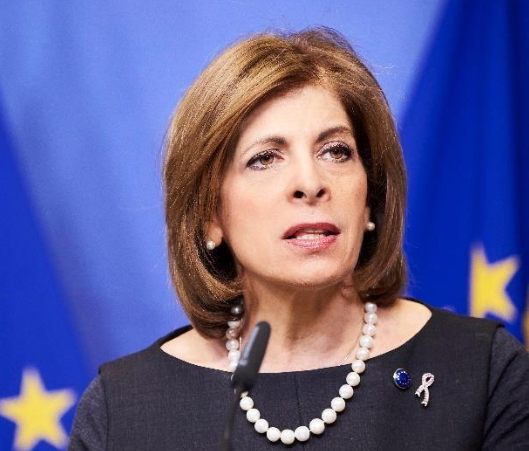 The process of reconstruction of the health care system in Ukraine - objectives, the role of Poland and international institutions - part 1