President of the Board of Polskie Koleje Państwowe S.A.

He has held the position of the President of the Board of Polskie Koleje Państwowe S.A. since 2017 and is co-responsible for the development strategy of the rail sector in Poland by developing the areas of innovativeness, digitalisation and research at the PKP Group. At the same time he is a member of the CER Management Committee and the UIC European Regional Committee, representing the rails of East-Central Europe.
Krzysztof Mamiński is also a member of the Conference of General Directors of the Organization for Cooperation of Railways (OSJD), where he actively acts in favour of improving cooperation between Europe and other regions of the world. He has been involved in the rail sector for 40 years now, and worked his way up the career ladder, starting with the IT center with PKP and ending with managerial functions at the companies from the PKP Group. From 1990 to 1998 he held the position of the President of NSZZ “Solidarność” and was responsible for negotiations and shaping the social dialogue around the domestic transport sector.
From 1998 to 2002 he served on the board of Polskie Koleje Państwowe (Polish State Railways), holding the position of the Member of the Board in charge of restructuring and privatization (1998-2000) and employee affairs (2000-2002); co-author of the concept of restructuring Polish railways, actively involved in the successful implementation of a new structure taking into account the liberalisation of the European rail market.
Since 2002 and up until now he continuously holds a position of power in the Polish association of railway employers, including several times as President of the Board (2002-2003, 2005-2013 and since 2017 until now). He is also the Chairman of the supervisory boards of one of the biggest railway carriers in Europe: PKP Cargo S.A. and PKP Intercity S.A. An economist by education, he graduated from the Faculty of Management and Economics of Services at the University of Szczecin and post-graduate studies at Kozminski University in Warsaw; major: European Management Model, owner of an MBA diploma. 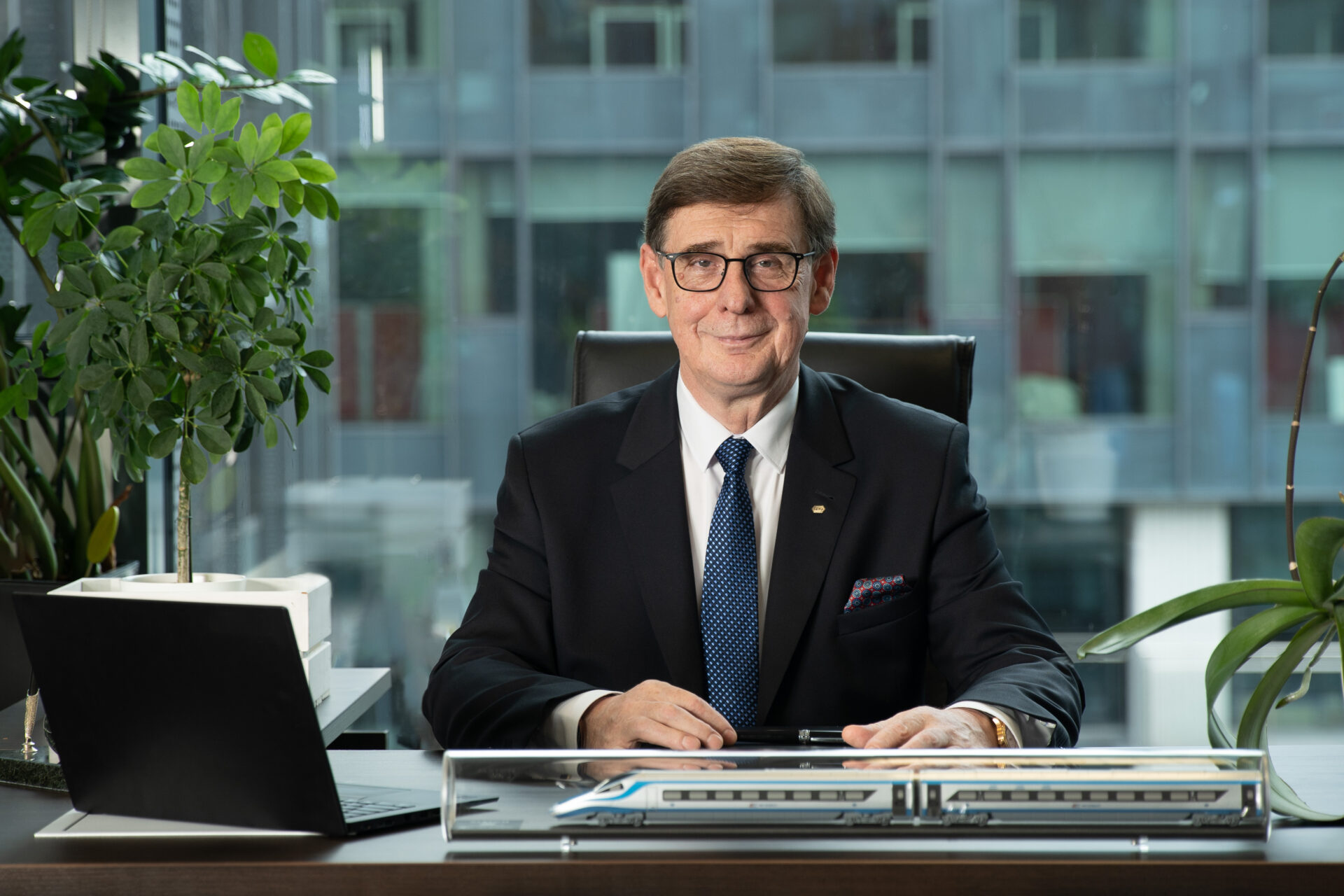