Member of Parliament, Chairman of the Commission for Energy, Climate and National Assets. Co-founder of Porozumienie Centrum, then Law and Justice Party.

He ran unsuccessfully for PC deputy in 1991 and 1993, and was elected to the PiS list in the elections of 2001 and 2005. In the fifth term of Sejm, he sat on the Rules and Parliamentary Affairs Committee (from November 3, 2005 as its chairman), the State Treasury Committee, as well as on extraordinary committees. In 2006, he became an honorary member of the World Association of Home Army Soldiers. In the 2007 parliamentary elections, he was elected to the Radom seat for the third time, receiving 29,497 votes. In 2008, the presidium of the Sejm removed him from the position of Vice-Chairman of the Rules of Procedure and Parliamentary Affairs Committee as a result of being disciplined by the Parliamentary Ethics Committee for one of his statements from the parliamentary stand. In the elections to the Sejm in 2011, he successfully ran for re-election, receiving 17,251 votes. In 2015, he was re-elected to the Sejm, receiving 36,542 votes On July 22, 2016, he became vice-chairman of the commission of inquiry into Amber Gold. On December 19, 2017, Prime Minister Mateusz Morawiecki appointed him to head the Political Office of the Prime Minister in the rank of Secretary of State at the Chancellery of the Prime Minister. He replaced Elżbieta Witek in this position. In the 2019 elections, he won the mandate of a deputy of the ninth term, receiving 69,141 votes. In November 2019, Marek Suski became Vice-Chairman of the Law and Justice Parliamentary Club, Chairman of the Energy and Treasury Committee and Vice-Chairman of the Culture and Media Committee. He therefore ended his governmental function. In 2021, he became Chairman of the Program Council of the Polish Radio and a member of the Council of Political Advisors created by Prime Minister Mateusz Morawiecki. 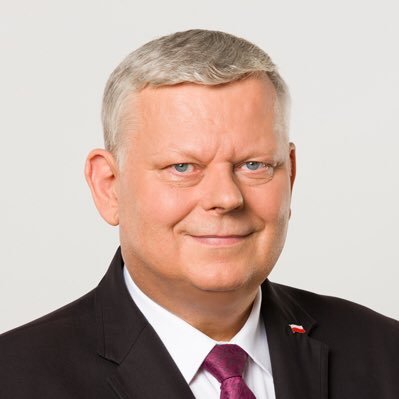